« How Long Do You Have to Settle an Estate? | Main | What Are the Penalty-Free IRA Withdrawals? »

The Latest on Kirk Douglas’ Estate 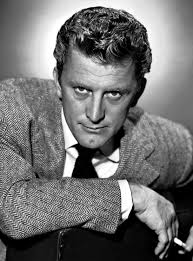 Wealth Advisor’s recent article titled “Kirk Douglas Lived Well, Died Rich And May Trigger $200M Los Angeles Range War” explains that Douglas worked steadily in a four-decade period but slowed down after the early 1980s. Since that’s almost 40 years ago, one might think that what would be considered a modest legacy by modern standards would be whittled down considerably. However, Kirk Douglas died extremely rich, despite a long life and decades of semi-retirement.

Douglas was one of the first to ask to participate in the profit of his movies and was one of the first stars to form his own production company. For example, Spartacus was big enough to gross $30 million on its $12 million budget. When he started his company, he refused to pay himself for that film. Instead, he took 60% of the profit and wound up about $3 million ahead. His company owned the films and sold off distribution rights.

His widow, Anne, is now the only shareholder of record. She’s rolled the money into a family trust that over the decades created numerous tiers of holding companies and joint ventures. One of those joint ventures ended up owning half the land under Marina Del Rey’s high-rise Shores apartment complex, a property that cost a reported $165 million to build. The land is nearly priceless.

Now that it’s only Anne, the successor trustees will one day need to decide what to do with the land. She called the shots on the accounting side. Kirk remarked that he didn’t even know where the money was. However, when he found out, he got eager to give it all away. Tens of millions have already been committed to hospitals, schools, and theaters.

Estate taxes won’t be an issue because Kirk and Anne conducted thorough estate planning so that any wealth that goes to the family will transfer via a trust. That way, they’ll get a portion of the income without triggering estate tax concerns.

Thanks to all of Kirk’s films—many of which he owned like Spartacus—he compiled tens of millions of dollars in cash and stock during his lifetime. In almost 70 years of marital bliss, his planning added up to a lot of marital property. It was a good life with good things yet to come.

It’s a testament to the power of long-term thinking. Kirk Douglas’ fortune has remained intact for generations and will undoubtedly keep helping the world for many years to come.

The comments to this entry are closed.