« Why Did Spain's King Renounce His Inheritance from His Father? | Main | What Does CNN’s Anderson Cooper’s Estate Plan Look Like for his New Baby? »

How Do the Children Divide Up Mom’s Tangible Property? 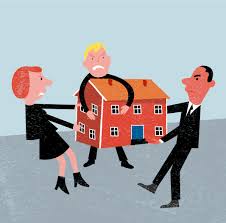 What should you do if you've been given the task to be in charge of divvying up a parent's estate that includes assorted tangible items?

Minneapolis Tribune’s article titled “A clever way to divvy up items after a parent's death” says that some families do it by taking turns selecting which items each will keep.

The article discusses how a family decided to divide up their mom’s grand estate, and how the method the family used to divvy up the tangible items could be one that other families with much smaller estates could use.

After their mom’s death at 93, the brother and sister co-executors created an inventory of 724 items in her estate that had monetary or sentimental value. These included things like furniture, artwork, oriental rugs, cutlery, china, a piano, and a car. They didn't include their mom's jewelry, books, or linens, or her silver, gold, and collectible coins. The four siblings all agreed to sell the coins and to deal with the many books, linens, and jewelry more informally, after the more significant items had been distributed.

The family didn’t use the common way of disbursing tangible items of an estate, in which family members take turns choosing items. With over 700 items, that could take a while. They felt that system wouldn't maximize the value received by the four children and seven grandchildren. Instead, their process for dividing the intangible items used the following steps:

It was time-consuming and took several months, but the siblings thought that their system was very fair and the process, unlike what is done in some other family estates, relieved tensions and brought the siblings closer together.

Reference: Minneapolis Tribune (Feb. 25, 2020) “A clever way to divvy up items after a parent's death”