« How Do the Children Divide Up Mom’s Tangible Property? | Main | What Can a Strong Estate Planning Attorney Help Me Accomplish? »

What Does CNN’s Anderson Cooper’s Estate Plan Look Like for his New Baby? 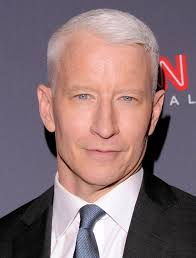 Wealth Advisor’s recent article titled “Anderson Cooper Needs A Vanderbilt-Strength Estate Plan For A Me-Too Future” explains that Anderson Cooper is a single dad, who’s worth an estimated $100 million. He can afford the best care, education, and parental support for his son Wyatt, as long as he’s around.

With no stay-at-home parent, Wyatt is either going to have to become a frequent flyer to go with his famous dad on reporting assignments or live with a flock of nannies. This may sound familiar to those who recall how Cooper’s mother Gloria Vanderbilt grew up and the helicopter style around the way she raised her boys. His mom’s early drama centered on who would get custody of her and her trust fund, which at the time was worth a little less than what Cooper has amassed today. Gloria’s father was dead. Her mother was controversial. Her relatives fought over how Gloria would be raised and how her money would be spent.

Anderson Cooper will be 53 next month, and although life expectancies vary, there’s a chance he won’t be around to see Wyatt graduate from high school. When there are two parents, the surviving partner can step in as legal guardian. Otherwise, relatives or family friends can be designated as the guardian if something goes wrong. However, Cooper is not close with his half-brothers, and they’re much older in any event. So, even if they shared a continuing connection, they’ll probably predecease him.

Note that if Cooper passes before Wyatt reaches legal adulthood, he’d need to pass on any inheritance through a trust. The control over the trust may be just like the fight over Gloria. Because of this, the trustees and alternatives should be named, and air-tight procedures should be drafted for resolving disputes.

If Cooper has a will, the arrival of Wyatt means that it needs to be revised again. You never know, Cooper may decide to leave his estate to charity and make Wyatt fend for himself.

With a younger dad, the estate planning would be more straightforward. However, Cooper’s issue of life expectancy requires a little more thought. Therefore, Cooper’s estate plan needs a way to address care for Wyatt if he dies early. Guardianship and financial support must be included.

If Cooper lives to see Wyatt’s adulthood, this won’t be an issue, because then the guardianship and associated trusts no longer apply.