« How Can I Use Estate Planning for My Small Business? | Main | State Laws Have an Impact on Your Estate »

Is My Stuff Worth as Much as I Think? 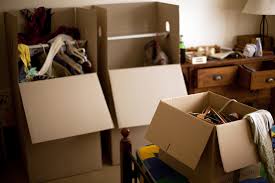 Don’t take downsizing personally when your adult children decline your furniture and other possessions.

According to The Street’s recent article titled “If You Think Your Kids Want Your Stuff, Think Again,” baby boomers are getting ready to pass trillions of dollars to their heirs in coming decades. Most of the money will pass from wealthy parents to their already well-off children. However, the inheritance many people will have to deal with is unwanted china, unfashionable furniture, and memorabilia that reflects someone else’s memories.

Understandably, younger generations hate the thought of sorting through a parent’s lifetime accumulation, even though many parents think their children will change their minds or that their grandchildren will want this stuff someday.

However, the reality is that lifestyles have changed. Younger people typically don’t have the time or the inclination to polish silver, hand-wash china, or iron linens. They don’t usually want heavy, dark wood furniture. Neither do buyers because the values for old furniture have dropped.

While there probably is a hutch-loving millennial out there somewhere, parents should still ask what their children want. They also need to listen to their answers.

People with things their children don’t want can ask extended family members if they’d like them, prior to deciding whether to sell or donate, that is if a charity will even want them.

You can research the potential value of possessions by looking at the “sold” listings on eBay - Get Report or other auction sites. You can also hire a personal property appraiser. You can get referrals from an estate planning attorney and expect to pay about $100 to $350 an hour.

It’s important not to put this off. The older people get, the harder it can become to clear out all the clutter. The thinning-out process should happen sooner not later.