« What Does It Mean to Be an Executor? | Main | How Big Is the Social Security Cost-of-Living Adjustment? »

What are the Top Giving Characteristics of Donors? 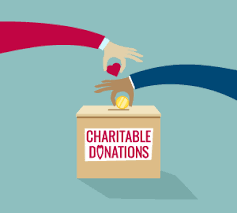 Russell James, a professor in the Department of Personal Financial Planning at Texas Tech University in Lubbock, Texas, discussed his research with The Nonprofit Times in a recent article titled “Research Shows Donors’ 10 Estate Giving Characteristics.”

“The Emerging Potential of Longitudinal Empirical Research in Estate Planning: Examples from Charitable Bequests,” is based on the Health and Retirement Study (HRS), which includes nationally representative data that has been released every two years since 1992. The HRS monitored roughly 14,000 individuals beginning at age 50 to connect lifetime giving and other characteristics and planning to determine how estates have been transferred. The examination of the top 10 lifetime characteristics most important in predicting who would make post-mortem charitable transfers were as follows, in order of importance:

“Several of these most important predictive factors reflect behavior across many years,” said James. He cited wealth trajectory approaching death, rather than just ending wealth, as critical along with consistency across all survey years in giving, donating, and reporting having a funded trust.

The greatest amount of donations ever reported in any one year was a major predictor. “By disclosing more of the lifetime history of decedent behaviors, the HRS reveals the importance of such comprehensive information in predicting post-mortem charitable estate transfers,” the paper noted.