« How Much Power Does an Executor Have? | Main | How Do You Ask Parents about Estate Planning? »

What’s the Best Way to Go with Intrafamily Loans? 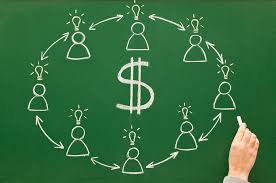 Loans are a terrific way for parents to foster a child’s independence, encourage responsibility, and signal their confidence that their child can succeed on their own.  They also don’t use any of your lifetime gift tax exemption ($11.58 million per person).

Kiplinger’s recent article titled “Gifts vs. Loans: Don’t Be Generous to a Fault” tells the story of Mary Bolles. The case illustrates that parents’ actions and expectations as to repayment of the loan can recharacterize the “loan” to a taxable “gift.” That can mean unintended gift tax consequences. Mary was a mother of five who made numerous loans to each of her children. She kept copious records of each loan and any repayments. Between 1985 and 2007, she loaned her son Peter about $1.06 million to support his business ventures — despite the fact that it soon was clear he wouldn’t be able to make any more payments on the loans. None of the loans to Peter were ever formally documented, and Mary never tried to enforce the collection of any of the loans.

In late 1989, Mary created a revocable living trust, which specifically excluded Peter from any distribution of her estate when she died. While she later amended her trust to no longer exclude him, she included a formula to account for the “loans” he received in making distributions to her children. After her death, the IRS said that the entire amount of the loans, plus accrued interest, was part of her estate. They assessed the estate with a tax deficiency of $1.15 million.  The estate said the entire amount was a gift.

At trial, the court considered the factors to be weighed in deciding whether the advances were loans or gifts. Noting that the determination depends not only on how the loan was structured and documented, the court also explained that in the case of an intra-family loan, a major factor is whether there was an actual expectation of repayment and intent to enforce the debt.

The court compromised and held that any advances prior to 1990 were loans (about $425,000), since the evidence suggested that Mary reasonably expected that Peter would repay the loans, until he was disinherited from her trust in late 1989. The court said that the money given to Peter after he was disinherited — from 1990 onward — were gifts.

The decision shows that if you’re considering taking advantage of the elevated gift tax exemption before it sunsets, review any outstanding family loan transactions. You should see the extent to which those loans may have been transmuted into gifts over the years—which may adversely impact the amount of your remaining available exemption. The safest way to do this would be to consult an experienced estate planning attorney, who can help you safely navigate these complex rules.

Make sure that you do any intra-family loans properly to avoid any future issues.