« What are the Top Cities for Retired Military? | Main | Getty Heir Dies at 52 »

What Happens If You Fail to Submit a Change of Beneficiary Form? 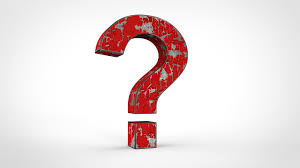 Wealth Advisor’s recent article, titled “I’m being denied an inheritance. Can they do that?,” explains the situation where an individual, Peter, was given a CD/IRA by a friend named Paul.

Paul told Peter that he wanted him to have it, in case anything happened to him. Paul was married and didn’t tell his wife about this. Paul’s wife was the beneficiary of several other accounts. Paul told Peter to sign a document before he died, and they got it notarized.

The only way for Peter to see the money is if he can show that Paul intended for him to receive the asset. The bank doesn’t want to be sued by another person, who claims they’re entitled to the CD.

In this situation, it’s best to speak with an experienced estate planning attorney who can examine the specifics of this type of issue.