« Do I Need an Estate Plan If I’m Not Married? | Main | Tell Me again Why Estate Planning Is So Important » 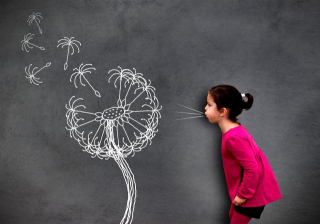 Divorce experts say there are signs that Melinda Gates’ divorce filing shows that she’s going to change her three children’s inheritance after her estranged husband, Bill Gates, has said he’s leaving them only $10 million each.

Page Six’s recent article entitled “Melinda Gates could be angling to change kids’ $10M inheritance in split” says that Melinda has taken the highly unusual step of designating some top trust and estate lawyers as her representatives in her divorce filing, along with the customary matrimonial attorneys. This move signals that Melinda has potential plans for her family which are not the same as Bill’s.

Bill Gates has previously said his children will get a “minuscule” piece of his $130 billion fortune. The Microsoft mogul plans to leave just $10 million to each of his three children.

Melinda said in her divorce filing that a separation agreement was in place, and sources say that if the parameters of the couple’s inheritance are not detailed in the pact, either party could change the amount their children inherit.

Melinda’s filing for divorce and potentially changing her children’s inheritance follows a path of female empowerment increasingly expressed by the philanthropist. Gaining control in her share of the fortune and coming out from under Bill’s shadow is a big step for empowerment. Bill and Melinda announced on May 3 that they were getting divorced after 27 years of marriage.

They added: “Over the last 27 years, we have raised three incredible children and built a foundation that works all over the world to enable all people to lead healthy, productive lives. We continue to share a belief in that mission and will continue our work together at the foundation, but we no longer believe we can grow together as a couple in this next phase of our lives. We ask for space and privacy for our family as we begin to navigate this new life.”

There are reports that Melinda grew concerned about Bill’s association with the late pedophile investor Jeffrey Epstein. Melinda had reportedly warned her husband that she was uncomfortable with Epstein after they met him in 2013. That was the same year Bill allegedly flew on Epstein’s private jet from New Jersey to Palm Beach, Florida.

A spokesperson for Gates has previously said he stands by a 2019 statement that he met Epstein but “didn’t have any business relationship or friendship with him.”