« What Is a Testamentary Trust? | Main | What were Zsa Zsa's Last Wishes in Her Estate Plan? »

Can GI Benefits Be Used to Start a Business? 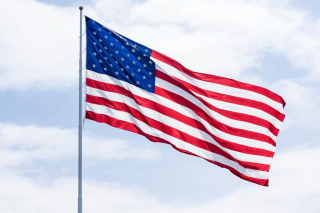 A proposal in Congress aims to let some recently separated service members use their GI Bill benefits to start a new business, rather than taking college classes. The legislation would establish a three-year pilot program for up to 250 veterans to pursue “educational entrepreneurial training” and receive their education payouts in the form of start-up capital, instead of the traditional tuition payments.

“Higher education is essential for many [veterans], but some have a different calling,” said Rep Ben Cline, R-Va. and a sponsor of the measure. “Veterans are seeking more options and want the choice to use their GI Bill benefit to start their own business. It’s common sense to offer veterans a choice in accessing resources, training and support to pursue the American dream to start a small business, create jobs and generate growth in our economy.”

Roughly 1.7 million veterans have some unused GI Bill benefits, and a new court ruling could provide a pathway to accessing them for the first time. Under the current post-9/11 GI Bill education benefits program, eligible veterans get 36 months of tuition payouts, housing stipends and other financial assistance. In certain situations, service members can also transfer that benefit to a spouse or dependents for their college classes.

More than 2.5 million businesses in America are veteran-owned, making up just under 10% of all American small businesses. Supporters of the Veterans Entrepreneurship Act say that individuals interested in pursuing that path after military service should not be shut out from using their earned benefits.

“By helping veterans start businesses, we are investing in America’s best and brightest,” co-sponsor Rep. Lou Correa, D-Calif., said in a statement.

“When our service members transition into civilian life, they bring considerable skills and experiences with them. Veterans know how to manage risk on the battlefield. And that’s what a successful entrepreneur does — manage risk.”

However, the bill has faced resistance in the past partly due to the fact that they are designed to help promote veteran entrepreneurship and employment, and in part because of concerns that misuse of the college benefit could result in long-term financial disadvantages for veterans.

Versions of the idea have made some progress in both the House and Senate in recent years but have not reached final approval from both chambers. No timeline has been set for a hearing or vote on the new proposal.