« What are the Worst Things to Leave in My Estate? | Main | Should Britney Spears Sign a Prenup? »

How Did Hayley Mills Lose Her Fortune? 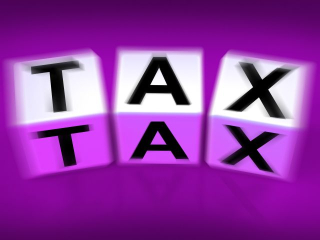 Hayley Mills was just a teen when she starred in perhaps her biggest role— a dual part in which she played rival identical twins Susan and Sharon in the 1961 classic The Parent Trap.

The Wealth Advisor’s recent article entitled “How Former Child Star Hayley Mills Lost Her $17 Million Disney Movie Fortune” said that Mills worked so hard as a child by the time she was 21, she’d starred in over a dozen films, including Tiger Bay (1959), Whistle Down the Wind (1961), In Search of the Castaways (1962), Summer Magic (1963), The Trouble With Angels (1966) and The Moon-Spinners (1964).

However, now, in her new book, Forever Young, Mills reveals that a trust was set up for her to access at age 21 — and what happened to leave her destitute. She says that when she went to claim her Disney fortune, she was shocked to find that it had been taxed by the British government at a rate of 91%.

She wrote that her lawyer Stanley Passmore broke the unpleasant news. “Well, my dear, basically, the Revenue have attacked your trust company,” he explained. “They’re going to tax you at the full rate: 91 percent of the entire trust.”

She remembers the feeling of dread that followed. “I felt the blood drain from my face,” she wrote in Forever Young. “Nothing you can do, really,” Passmore told her. “You could contest it but if I were you, I’d leave the country!”

Mills claims that Passmore told her she should have “repudiated” the trust before turning 21 and said it was too late to do anything about it. Rather than sue her father or her lawyer over the bad advice on her paychecks, she filed repeated tax appeals. In 1972, she briefly won a ruling stating that she’d already paid taxes on her money.

“My tax case went up before the Master of the Rolls, Lord Denning,” Mills wrote. “Pointing out that I’d already paid tax on my earnings and shouldn’t have to pay a surtax, he ruled that the money belonged to me.”

Nonetheless, she wasn’t able to hold onto her $17 million in earnings. The House of Lords appealed the ruling two years later. “The state had plundered my trust like a horde of pirates,” wrote the star. “The Disney money was all gone.”

She did manage to act after Disney, starring in The Family Way (1966), Pretty Polly (1967) and others, leading up to several Parent Trap sequels in the 1980s.

In a September 2021 interview with the Los Angeles Times, she compared the loss of her Disney fortune to a dream. “I never saw it,” she told the newspaper. “I knew it was there, and one day I would have it, but it was just sort of a dream, and then one day the dream was gone.”