What Does New VA Budget Include for Veterans? 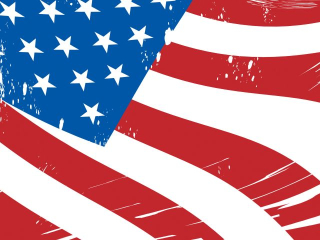 Even with many years of significant budget increases, the Department of Veterans Affairs will need billions more in funding in fiscal 2023 to keep pace with the health care and support services needs of veterans and their families, according to a new report released by advocacy groups.

Advocates say the administration's plan for fiscal 2021 falls about $4 billion short of the needs of America's veterans. In fiscal 2001, the entire VA budget totaled about $45 billion. By fiscal 2011, it was about $125 billion, almost triple that total. Ten years later, in 2021, the department’s budget was nearly double that again, at $245 billion.

The White House budget request for fiscal 2022 — which began last October — was $270 billion. Lawmakers have not yet approved a full-year budget for the VA, but are expected to advance discussion on that issue in coming weeks. The administration’s fiscal 2023 budget plan for VA is also expected to be released sometime next month.

Authors of the Independent Budget said their requests for more VA money next year are not wishful thinking but a real assessment of the challenges ahead for the department.

“As we enter into 2022, COVID’s impact remains a challenge for VA, with the spread of the virus and disruptions to health care systems continuing,” said Randy Reese, executive director of DAV’s Washington Headquarters. “In this environment, we made cautious recommendations based on historical trends to ensure the needs of our nation’s ill and injured veterans are met.”

Under the Independent Budget plan, VA officials would see a $1.8 billion uptick to health programs to “close the gap in clinical care” at department medical centers.

“The lack of adequate health care staffing has been a major driver of longer waiting times for veterans seeking VA care, and ultimately has the effect of suppressing the true level of veterans’ demand for care,” the report states. “It also forces many veterans who would prefer to receive their care from VA providers into community care providers.”