« Do Single People Need Estate Planning? | Main | What Do I Need to Know About Long-Term Care Insurance? » 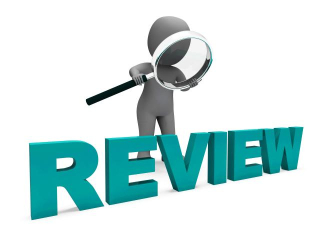 The VA’s proposed reorganization would have resulted in 90% of post-9/11 veterans losing their caregivers benefits. That is much higher than the 33% estimate VA officials predicted last fall when they began eligibility reassessments for the roughly 20,000 “legacy” participants of the Program of Comprehensive Assistance for Family Caregivers.

Military Times’ recent article entitled “VA’s caregiver review would’ve booted 90% of young vets from program” says this also confirms advocates’ complaints in recent months that the assessments — done purportedly to bring consistency and order to the program — were being done in a manner that would have dramatically scaled back assistance to combat-wounded veterans who need near-constant at-home care.

VA Deputy Secretary Donald Remy recently said that the department would stop all dismissals from the program until officials can fully review changes made to the eligibility criteria in recent years. Roughly 33,000 veterans are currently enrolled in the program, designed to support and compensate full-time caregivers providing at-home assistance to severely wounded veterans.

The stipends vary based on where veterans live. These benefits are typically about $3,000 a month for the most severely wounded individuals and $1,800 for others in need of 24/7 care.

About 20,000 of the participants are post-9/11 veterans who were admitted to the program before October 2020, when it started to include Vietnam-era veterans. Officials also modified eligibility guidelines, altering definitions and tests for how to determine which veterans were “unable to self-sustain in the community.” As a result, last fall, the VA announced it would review those older participants to see if they still qualified for benefits. About 70% of those cases have been reassessed, with the 90% rejection rate.

Those newly ineligible families did not see their stipends end right away. However, they were told to expect that the financial aid would end by 2023. Those plans are now on hold. Without this, the department was on pace to dismiss approximately 18,000 individuals from the program—cutting its participant total in half by early next year.

VA officials have promised to meet with advocacy groups and other community activists next month to develop new eligibility criteria for the program. They also said they do not think the recent problems will delay expansion of the program this fall. Only veterans who served before 1976 or after 2001 are currently eligible for the benefit. However, it is scheduled to be open to all veterans starting this October.