« Did Monkee Mike Nesmith Have More Than One Will? | Main | Half of Americans Making More than $100K Don’t Have a Will »

What Kind of Prenup will Soccer Star David Beckham’s Son have to Sign? 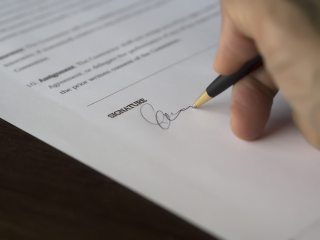 The $480 million fortune of 23-year-old Brooklyn's parents, David and Victoria, is dwarfed by the estimated $1.65 billion wealth of Miss Peltz's financier father Nelson.

The Daily Mail’s recent article entitled “Brooklyn Beckham and his bride-to-be sign the mother and father of all prenups!” reports that the news of the prenup comes as preparations are underway for the $3.75 million ceremony and party at the Peltz family mansion in Palm Beach.

A prenup is an agreement entered into by two people who get married. It’s signed prior to the marriage.

The prenup lays out the rights and obligations of the parties to each other, in case of death or divorce.

In some instances, a prenup will address custody and child support issues.

It’s wise for each spouse to have a separate lawyer to look at the prenuptial agreement and determine that it will indeed protect the best interests of their client.

The Becker-Peltz wedding will take place at the Peltz family's $95 million, 44,000 sq. ft. beach house. Nelson and his wife Claudia also have a 27-bedroom mansion near New York which has an ice rink.

Brooklyn and Miss Peltz met in 2017 and started dating two years later. Announcing their engagement on Instagram in July 2020, Brooklyn wrote: “Two weeks ago, I asked my soulmate to marry me and she said yes. I am the luckiest man in the world.”

Her fiancée wrote: “I can't wait to spend the rest of my life by your side. Your love is the most precious gift.”

Reference: The Daily Mail (April 2, 2022) “Brooklyn Beckham and his bride-to-be sign the mother and father of all prenups!”