What Do Higher Interest Rates Mean for Pensions? 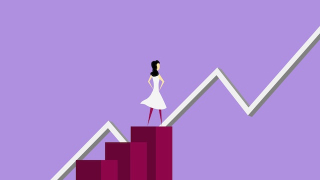 When you’re nearing retirement and are expecting your pension, one of the biggest choices can be whether to take your benefits as a lump sum or as an annuity over time.

CNBC’s recent article entitled “It’s a pension quandary: Rising interest rates make it trickier to choose between a lump sum or an annuity” explains that for those leaning toward an upfront payment, the choice may be more complicated now due to rising interest rates. That’s because the higher the rate used to calculate a lump sum (to make it actuarially equivalent to the annuity), the smaller your payout.

About 15% of all private-sector workers have a traditional pension, which generally is funded by the company and sometimes employees. It provides monthly payments for the rest of the retiree’s life.

Note that pension annuities aren’t directly impacted by rate changes. Those payments are generally determined by a formula — based on factors such as age, years of service, and salary — and are a fixed amount per year. However, pension annuities are subject to inflation risk over time because company plans typically don’t include an annual cost-of-living adjustment (state and local government pensions may).

The inflation rate is now running at 8.6% year over year — the highest since 1981 and far above the Federal Reserve’s target rate of 2%. To combat inflation, the Federal Reserve has also upped a key interest rate by 0.75 percentage points, marking the third increase this year and the biggest hike since 1994. Additional upward adjustments are expected.

That’s where the link to pension lump sums comes in. The specific set of IRS-published interest rates — generally based on a corporate bond yield curve — that companies must use in their lump sum calculation has been rising along with inflation.

A lump sum paid out this year and based on a lower rate set in 2021 would be more than a 2023 payout determined by a higher rate this year.

Remember that a lump sum isn’t best for everyone. You must manage that lump sum and make it last your lifetime. There are many factors that come into play.

Reference: CNBC (June 21, 2022) “It’s a pension quandary: Rising interest rates make it trickier to choose between a lump sum or an annuity”