« How Did Olivia Newton-John Plan Her Estate? | Main | Why Don’t Most American have an Estate Plan? »

How will the VA Extend Caregiver Benefits? 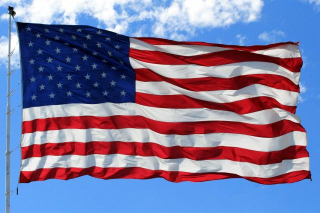 Military Times’ recent article entitled “VA to extend caregiver benefits to ‘legacy’ families until late 2025” reports that caregiver stipends in “legacy” participants of the program vary, based on where veterans live. However, the stipends generally hover around $3,000 a month for the most severely wounded individuals, and $1,800 for others in need of around-the-clock care.

Roughly 33,000 veterans are currently enrolled in the program. Nearly 20,000 of those are “legacy” participants, post-9/11 veterans who applied to the program before October 2020.

In a statement Thursday, VA Caregiver Support Program Executive Director Colleen Richardson said the extension “allows us to continue supporting this cohort of veterans and caregivers while VA separately conducts program improvement initiatives aimed at ensuring the [program] addresses the unique needs of veterans of all eras and their caregivers.”

These families thought they would lose their caregiver benefits in 2023, a deadline set by VA officials earlier this year as the cutoff for individuals who no longer qualified for the program after eligibility rules had been updated. However, after a public outcry over those potential program cuts, the VA announced it had re-examined changes to the eligibility rules and work to keep those families in the program. It also stopped thousands of pending program dismissals, until a full program review could be completed.

An internal review showed up to 90% of the legacy families getting VA caregiver benefits would’ve been thrown out of the program with the eligibility changes. Lawmakers said the large-scale dismissals went against the goal of helping veterans and their caregivers. The move is a stunning about face, since the VA has for months said the moves are necessary.

Along with the monthly stipend, the caregiver program provides training opportunities, respite care options, family counseling and other technical support.

“We will stop at nothing to make sure veterans and their caregivers get the support they need and deserve, and this extension is a key part of that effort,” VA Deputy Secretary Donald Remy said in a statement. “As I’ve said before, trust is earned, it’s not given. We hope we can earn the trust of veterans and caregivers through our continued efforts.”

The program is currently open only to veterans who were seriously injured in the line of duty and only to those veterans who served before May 1975 and after September 2001. However, the program expanded to veterans of all eras October 1.