« What Did George Harrison Leave to His Sister in His Estate Plan? | Main | How Do I Ask My Parents About Their Estate Plan? »

What Do I Need to Do When a Loved One Dies? 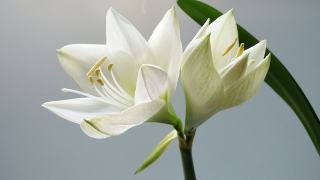 The death of a loved one is hard to endure. It can become all-consuming. When someone you love passes, there are new matters that need to be addressed.

Kiplinger’s recent article entitled “A Checklist for What to Do (and NOT Do) After Someone Dies” says that it’s vital to handle these matters today and not put them off until some date in the future, which usually never comes until it becomes a crisis.

As the years pass, the surviving spouse’s health may also begin to decline. The spouse frequently only survives a few years after the first decedent spouse.

When that happens, and the original spouse’s assets were not retitled, it can become an even more difficult process for the heirs.

This is how a typical scenario can play out: the father dies and leaves everything to the mother.

Mom calls everyone she can think of but misses several important matters. She then passes and the heirs now, while in a state of mourning, have to try to settle her affairs.

The issue is that they will now have a much more complicated task ahead of them than Mom did when she settled Dad’s affairs.

They’ll have several more steps to go through – because the mother never retitled some of the father’s original assets.

Mom unknowingly made a difficult job even harder on her heirs by not getting everything transferred over when her husband passed.

Speak with an experienced estate planning attorney to make sure you have your assets titled correctly when a spouse dies.