Candidate Is in Hot Water with Singer Tom Petty’s Estate 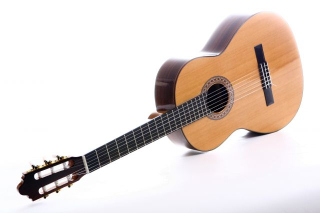 Politicians or anyone else can't simply use a copyrighted piece of music in an ad or at a large-scale public gathering without paying the composer for the rights or at the very least asking their permission, explains MSN’s recent article entitled “Tom Petty's Estate Won't Back Down From Going After People Who Use His Music.”

After the 2022 midterms, the estate of late Tom Petty tweeted a statement that condemned the use of Petty's 1989 hit "I Won't Back Down" in a failed gubernatorial campaign.

This wasn't the first time Petty's song "I Won't Back Down" was at the center of a copyright disagreement. Before he died, it was pointed out that the chorus to pop singer Sam Smith's hit "Stay With Me" shared a striking similarity to the melody of Petty's song. In that case, Smith agreed to list both Petty and Jeff Lynne, who together wrote "I Won't Back Down" as "Stay with Me" co-writers, according to Rolling Stone.

In the case of the brewing Petty estate feud with failed Arizona gubernatorial candidate Kari Lake, Petty's song "I Won't Back Down" provided the soundtrack to a television ad Lake released after her loss to Democrat Katie Hobbes.

According to the Petty estate tweet, Lake's campaign did not ask permission or seek a license to legally do so. As a result, they were looking at their legal options to stop its use by the campaign and to prevent it from happening again, based on Billboard reporting.

"The Tom Petty estate and our partners were shocked to find out that Tom's song 'I Won't Back Down' was stolen and used without permission or a license to promote Kari Lake's failed campaign," the tweet read. "This is illegal ... We are exploring all of our legal options to stop this unauthorized use," and to prohibit future misappropriations of Petty's anthem," the Petty estate tweet continued.

In 2020, the Petty estate also took issue with former President Donald Trump when he used the same song at one of his campaign rallies.

The Petty estate joins a long list of other well-known musicians who had a problem when President Trump used their song without first paying or asking.