Will James Brown’s Estate Finally Be Settled after 15 Years? 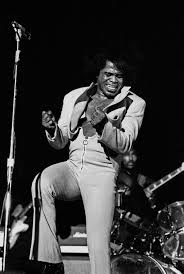 In June, the South Carolina Supreme Court finally began sorting out the litigation that has been part of Brown’s estate since his death. The court held that Brown was never legally married to his fourth wife, Tomi Rae Hynie, because she had not annulled a previous marriage.

Wealth Advisor’s recent article titled “Might The Battle Over James Brown’s Estate Finally Be Coming To A Close After Nearly 15 Years” explains that the court’s decision weakens her claim to the estate. The estate has been valued to be worth between $5 million and $100 million. It’s the first real move forward in years. According to The New York Times, “the Supreme Court instructed the lower court to “promptly proceed with the probate of Brown’s estate in accordance with his estate plan,” which called for the creation of a charitable trust to help educate poor children.”

South Carolina law stipulates that Hynie, as Brown’s widow, would have had the right to a third of his estate’s value, no matter what his will instructed.

Hynie was married in 2001 to Javed Ahmed, a Pakistani man who already had three wives in his native country. Her lawyers argued that since Ahmed was a bigamist, their marriage was void. South Carolina’s lower courts agreed, holding that her marriage to Brown was valid.

However, the South Carolina Supreme Court disagreed. “All marriages contracted while a party has a living spouse are invalid, unless the party’s first marriage has been ‘declared void’ by an order of a competent court,” the Court explained.

Hynie’s counsel will be filing “a petition to reconsider and rehear the decision.”

Hynie is entitled as spouse to a share of Brown’s valuable music copyrights under federal law. She has already settled part of her dispute with the estate, agreeing to give 65% of any proceeds from her so-called termination rights—copyrights that, though once sold, can return to the songwriter or his heirs after several decades—to charity.

Brown’s will bequeathed $2 million for scholarships for his grandchildren. The will said that his costumes and other household effects were to go to six of his children, and the remainder of the estate was to go to the charitable trust for the poor, called the “I Feel Good Trust.”

The South Carolina Supreme Court ruling is significant, because according to The New York Times, Brown’s 2000 will said that, “Any heirs who challenged it would be disinherited. However, several of his children and grandchildren sued after his death.”

Reference: Wealth Advisor (July 20, 2020) “Might The Battle Over James Brown’s Estate Finally Be Coming To A Close After Nearly 15 Years”

IRS Errors May Be Boon to Jackson Estate 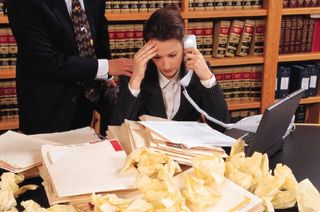 If the IRS wins a court fight on the value of Michael Jackson’s estate, the estate would need to pay a 40% penalty on top of the amount of taxes owed. However, some procedural errors by the IRS may have taken the penalties off the table, according to Bloomberg in "Michael Jackson Estate May Avoid Penalties in IRS Dispute."

The Jackson case is closely watched, because it is expected to be important for how the estates of other deceased celebrities will be treated. The biggest issue is the value of Jackson's image and likeness rights at the time of his death.

The IRS cites as its evidence that shortly after Jackson passed away, the estate made millions off the rights and that Jackson himself had been planning a comeback.

It appears the IRS made some procedural errors earlier in the case.  The IRS did not properly submit all of its documentation. The agency asked the tax court to reopen the trial part of the case, so the problem could be fixed.

That request was denied.